THIS VIRTUAL EVENT IS OPEN TO ABWA MEMBERS IN LOUISIANA, TEXAS, MISSISSIPPI, ALABAMA and FLORIDA ONLY.  After registering, your membership will be verified and session invitation

THIS VIRTUAL EVENT IS OPEN TO ABWA MEMBERS IN LOUISIANA, TEXAS, MISSISSIPPI, ALABAMA and FLORIDA ONLY.  After registering, your membership will be verified and session invitation will be sent.  Please include your League’s name at checkout, for verification.

The mission of the American Business Women’s Association is to bring together business women of diverse occupations and to provide opportunities for them to help themselves and others grow personally and professionally through leadership, education,

[author_info]Tamara Wyre leads corporate diversity and inclusion efforts at Hancock Whitney. She is dedicated to energizing a corporate culture respecting and reflecting the diversity of the communities served. Tamara is focused on strategies to attract, develop, and retain a talented and diverse workforce; and to enrich the company’s culture, business growth, and community engagement. She also oversees the Hancock Whitney Diversity and Inclusion Council comprising associates from across the company’s footprint. Wyre joined Hancock Whitney in 2018 as part of the Capital One Asset Management LLC acquisition as the vice president and senior portfolio manager spearheading the Diversity Leaders Investment Strategy, a socially responsible U.S. investment model invested in companies that demonstrate inclusive practices around gender and equality. Tamara has over 20 years in wealth and asset management. She holds a Bachelor of Science in Accounting from Hampton University College, MBA from Tulane University and a Certified Investment Management Analyst (CIMA ®) Certification from University of California, Berkeley. Tamara actively serves on several boards and committees with education and economic empowerment at the forefront including Young Audiences of Louisiana, Dress For Success New Orleans, Café Reconcile and more. She actively promotes and facilitates financial literacy sessions for youth and adults including Rock the Street Wall Street. She was selected as a “Top Women in Asset Management“ by Money Management Executives”; as a “Money Makers” – Leading Financial Professional by New Orleans City Business; and named as an Executive Leadership Council Fellow during her career. Tamara is a subject matter expert on Diversity, Inclusion and Belonging in the workplace and often speaks to community and professional groups. [/author_info]

[author_info]Graduating from LSU with a Bachelor of Fine Arts degree, Cindy Osmer never imagined that she would wind up with a career in banking, but ten years after attaining her degree, Cindy decided to return to college, earning an MBA, with an emphasis in e-Business. That decision would change her entire career path. Twenty years later, Cindy has experience at local, regional and national bank levels. Starting as a teller, then customer service representative, she found her passion in Treasury Management. She has been a Treasury Management Sales Consultant at Hancock Whitney Bank for 11 years and worked in Treasury Management at JP Morgan Chase prior to that. As a TM Consultant, Cindy works with business customers as small as sole owner proprietorships to the largest businesses and public funds in the New Orleans Metropolitan area. Her primary focus is consulting with those businesses on how they can more effectively gain control over their cash cycles. In 2017, Cindy was named to the Hancock Whitney Chairman’s Club for top sales in the company. Cindy joined ABWA in 2015 because she felt that she needed to improve her networking and people skills. She felt a bond with this group immediately and joined after one meeting. Within ABWA, Cindy currently serves as Executive Board President. She has served in many capacities within ABWA, including President-Elect, Vice President of Communication and DRIVE Committee Co-Chair. She was awarded the 2020 ABWA CCCEN Woman of the Year and has received the ABWA Protégé Award and President’s Certificate of Merit. In addition to ABWA, Cindy has served on the Advisory Boards of Pope John Paul II High School and for ACER, an outpatient addiction treatment center. [/author_info]

[author_info]Ashley Aubrey Harrison currently serves as Vice President and Community Affairs CRA Manager for Hancock Whitney Bank. Harrison joined the Bank in April of 2013 and is responsible for fostering CommunityReinvestment Act (CRA) efforts across the communities it serves by facilitating strategic partnership development and spearheading strategic bank sponsored initiatives. In this role she engages local, state, and federal government as well as nonprofit organizations with community development interests to assess and assist the credit and financial needs within a given community. In addition Harrison has garnered over $2M in funding to several nonprofit agencies along the Gulf Coast through a partnership with the Federal Home Loan Bank of Dallas. These funds have provided much needed closing cost assistance, home rehabilitation assistance, and affordable rental development for low to moderate income households. She serves on multiple committees and coalitions for community & economic development, small business development, affordable housing, andantipoverty initiatives. Currently Harrison leads the bank’s Small Business Matters entrepreneurship training program along with other minority business and community development initiatives. Prior to Hancock Whitney, Harrison held multiple roles in the community development industry. Most notably she served as the Community Development Manager at ASI Federal Credit Union where she oversaw the programming and operations of their nonprofit arm, A Shared Initiative, Inc. Through her work at ASI Harrison played a vital role in programs such as KIVA New Orleans, a small business lending initiative which utilized a peer to peer online lending format. Likewise she was also instrumental in the management and oversight of a $4.5M revolving loan fund which served dozens of small businesses throughout Metropolitan New Orleans with much of its funding going to minority and women owned small businesses. Harrison’s responsibilities also included the administration of the organization’s home ownership program where she made notable reforms to its operations garnering year over year clean audits from the Department of Housing and Urban Development (HUD) and the City of New Orleans’ Community Development Block Grant (CDBG) program. Her leadership at ASI saw many marked improvements for the organization including the increase and diversification of funding, technology enhancements, and overall organizational development. Harrison earned her Masters of Business Administration degree from the University of New Orleans and is also a proud graduate of Loyola University New Orleans where she received a Bachelor’s degree in Liberal Studies (Social Science).In addition to her years of community development work, Harrison is grounded by the belief that in all she does there must be a personal commitment to serving the community as expressed below. “Do not be daunted by the enormity of the world’s grief. Love mercy now. Do justly now. Walk humbly now. You are not obligated to complete the work, but neither are you free to abandon it.” – Talmud Her servant leadership includes volunteer service on a number of boards and committees. Currently she serves as a Board Director for Louisiana Appleseed and Jericho Road Episcopal Housing Initiative to name a few. Harrison is a proud native of New Orleans and resides in a nearby suburb with her husband and twins, Robert and Avery.[/author_info]

[author_info]Chantell Brandt, M.A.Ed. is the Manager of Leadership and Diversity. After a successful 19-year career helping clients grow and protect their assets and building successful teams, Chantell moved from Michigan to work with Hancock Whitney. As a master facilitator of Fierce Conversations and certified Brain Based Coach she helps associates build their professional skills, learn to have the conversations that matter, and practice active inclusion while countering bias. [/author_info]

Tickets are not available for sale any more for this event! 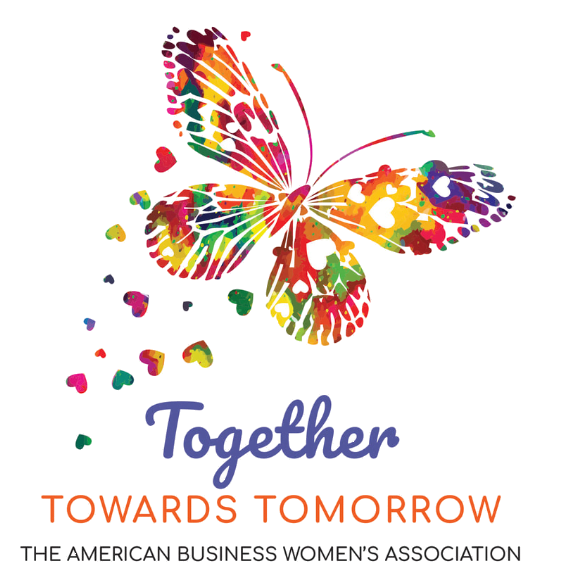