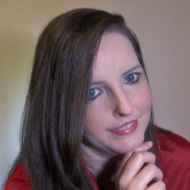 This user has not added any information to their profile yet.

A New Orleans native, Christi Felder earned the Distinguished Toastmaster award– the highest honor awarded within the Toastmasters organization– for excellence in leadership and communication as one of its youngest members to receive the award in 2001. Christi then graduated in 2006 with honors from the University of New Orleans with a Bachelor of Science in Marketing while working full-time as Director of Innovative Marketing for Alexander & Hamilton, a Metairie based debt recovery firm. Today she is a Project Manager for Microsoft corporation, supporting large consulting engagements in the secure infrastructures domain.

After experiencing the total loss of her home during Katrina and moving to Baton Rouge, Christi made it her mission to help businesses better capture, manage, and protect critical information as Account Executive for Ricoh, USA. In 2008, Christi joined the Baton Rouge La Capitale ABWA chapter after being inspired by a public service announcement, where she went on to serve as Program Chair and on the Fundraiser Committee, and later receive the Business Associate of the Year award in 2011.

Christi’s passion is to help others succeed personally as well as professionally. After moving back to New Orleans, in early 2014 she was approached by ABWA leaders to spearhead and organize a leadership team to bring the association back to New Orleans following a 9-year post-Katrina absence. So, she was excited to take on the role as Formation Advisor to assist in chartering the Crescent City Connections League on October 9th, 2014. Christi has raised over $15,000 towards the Stephen Bufton Memorial Educational Fund for scholarships by taking advantage of Microsoft’s Corporate Give volunteer match and various fundraising efforts. She is the 2018 Woman of the Year honoree as chosen by her peers and is proud to serve Crescent City Connections on the board as President for the 2018-19 year.

Keep up with the latest news, information and receive our newsletters straight to your inbox.